Neuropsychology after Concussion:
The Fixed versus The Flexible Battery

Neuropsychologists are not medical doctors, but doctors of psychology whose field of study is concentrated on the brain and its functions. Neuropsychology after concussion testing is designed to determine the brain’s capacity with respect to short and long term memory, abstract reasoning, attention, concentration, executive functioning, motor skills and other cognitive and psychological factors. By comparing the pattern of these results, against the patients pre-morbid capabilities, and correlating these results with the nature of the trauma suffered by the patient, neuropsychologists can, to a reasonable degree of certainty, opine that individuals without an acute diagnosis of brain injury, have permanent deficits as a result of brain trauma.

The Fixed Battery versus The Flexible Battery 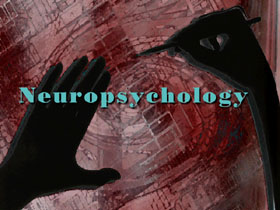 A controversy in the field of neuropsychology after concussion is whether patients should be given what is called a fixed battery versus a flexible battery. In the fixed battery approach, all test subjects are given the same pre-set group of tests, such as the Halsted-Reitan battery. In the flexible battery approach, the neuropsychologist tailors the battery for the particular problem a given individual is suspected of having.

The argument against the flexible battery approach, especially in legal cases, is that it could it allow the neuropsychologist to stack the deck in favor of a particular result. It can be particularly troublesome when used by neuropsychologists hired by the defense, when the only tests administered are tests that would almost always be normal in someone with the subtle sequelae of deficits we have discussed herein.

On the other hand, the full battery approach is designed to identify focal brain injuries far more than diffuse. Only a few of the measures given are sensitive to the processing speed problems that characterize this disorder. Intense research is needed towards perfecting tests that adequately differentiate the subtle deficits that come post concussion.