Brain Injury is a Process, Not an Event 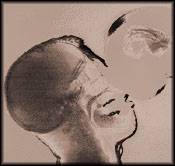 The common conception of brain injury seems to be that real world brain injuries are like those we observe in the boxing ring. When a fighter is knocked down, we wait to see if he gets up. If he gets up, we realize that he is particularly vulnerable at first. But our experience with boxing matches tell us that if he can survive for even thirty seconds or to the end of the round, he may shake off the effects of the blow and have a chance to win the fight. Brain injury is a process and may not be immediately obvious from the time of the blow but later on as the damage to cells will continue to effect the brain.

This view of a brain injury is prevalent in the focus on loss of consciousness as the litmus test. But what this conception of brain injury ignores is that while at the same time the part of the brain that governs consciousness is improving, the brain cell may be in the middle of the fight of it’s life.

Orientation at the scene or the emergency room does not tell us that the brain has not been injured, for brain injury is a process that may escalate for many hours after the injury. Despite our images of the sporting concussion, brain damage does not peak at the moment of the event, but much later. The escalation of brain damage over time can be caused by brain swelling, which cuts off circulation of blood and oxygen within the brain, by hemorrhage or bleeding within the brain and by damage on the microscopic level to brain cells. The combination of these factors can result in significant cell death up to 72 hours after the trauma. Any expert would acknowledge this in a severe case, where hematoma or hemorrhage can be seen on the CT scan. Yet this is clearly the case in non-coma injuries as well. As difficult as cellular level neuropathology may be to absorb, I believe it is important to understand the pathological explanation of what is happening to the part of the brain that cannot be seen on imaging studies.

Equally as important is to revisit our examination of the injured brain, 12 hours after trauma. In my experience, in those cases with persisting problems, the neurological and cognitive function may have actually gotten worse the next day, than it was during the time window of the ER visit. While a much shorter time frame than 12 hours, the persistence of symptoms after 15 minutes to distinguish between a Grade One and Grade Two concussion, also focuses on the cascade of events, not the moment of injury.

Brain Injury is a Process, continued